IT IS FOOD THAT WILL WIN THE WAR 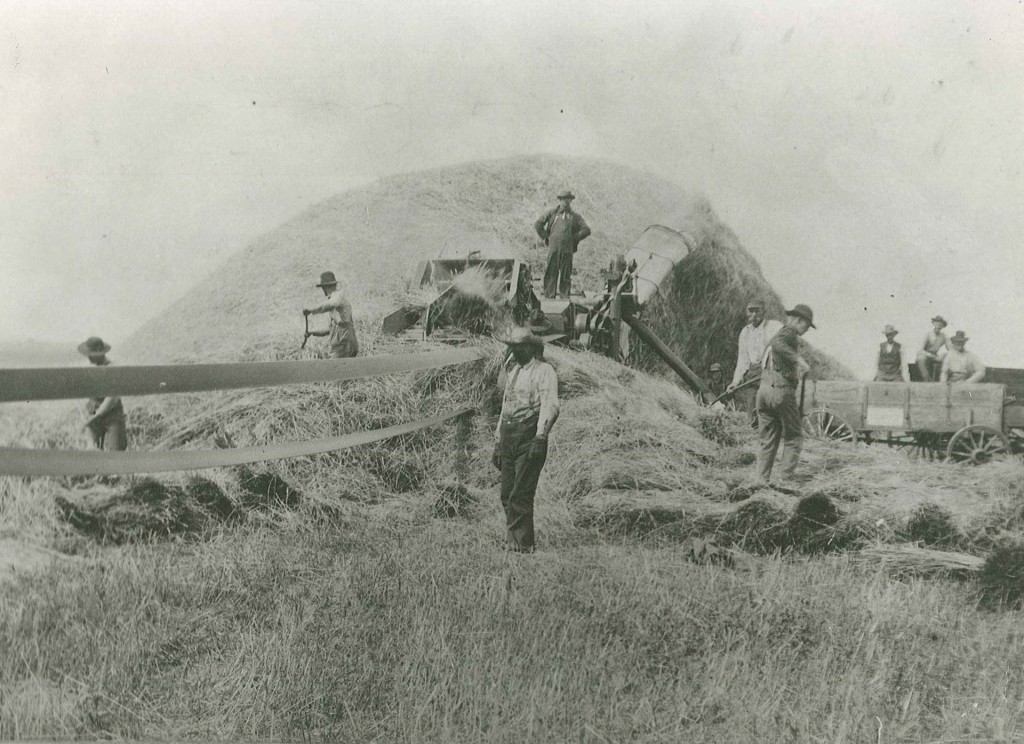 Many of Stevens County residents today rely upon the agricultural industry. The harvest months during the
fall are some of the most important throughout the year. In fact, you will often hear students complain that the sound of harvesters running throughout the night distracts from their studies.  And while the importance of foodstuffs is evident in West-Central Minnesota today, its essentiality to American vitality pales in comparison to the years during The Great War.

When the war broke out in 1917 Stevens County was called upon for an increased food supply to take care of the allied warring countries, as well as American soldiers. Stevens County citizens were no strangers to the importance of food. In fact, grain from the Midwest had already been going to the front since 1916. However, now that America had finally joined the war officially Stevens County’s role in the production of foodstuffs became more important than ever. One letter in particular from The Committee in Charge to local elites in Morris highlighted the importance of food in overcoming the perils of war. The ultimate goal of this letter was no doubt to essentialize Stevens County along agricultural lines and ultimately expand on the development of food. Moreover, keep in mind that this letter was intended for the eyes of the local elite, and not for the farmers tilling in the fields.

“IT IS FOOD THAT WILL WIN THE WAR. Victory must come, in a war of exhaustion, to the side that has the greatest reserve of food. Our imperative duty in America is, therefore, not only to provide our own troops with rations, but also to supply our allies with some of the surplus abundance with which our country has been blessed.1The Committee in Charge, The Committee in Charge to Stevens County Council, Morris, MN, January 3, 1918, Stevens County Historical Society.

Stevens County responded in two ways to the national call for an increase in crop yields. First, the Stevens County Farm Bureau Association was constructed so as to maximize yields for crops. And second, conservation organizations were implemented to make what had already been harvested and put it to the maximum use.

On February 12, 1918 Stevens County citizens organized the Stevens County Farm Bureau Association (SCFBA) with the intent of “allocat[ing] an adequate seed supply of the best quality of seed, and to make it possible to increase the yield and acreage of crops.” The committee elected R. W. Keeler as president; L.C. Spooner as vice-president; J.W. Wartman as secretary; C.F. Kirk as manager; and C.W. Nash as manager or County Agent. 2Nash, C. W., Farm Bureau Manager to Frank Hancock, Morris, MN, July 1919, Stevens County Historical Society. SCFBA organized quickly and gathered the funds necessary for the organization, releasing a preliminary report shortly after U.S. declaration of war. 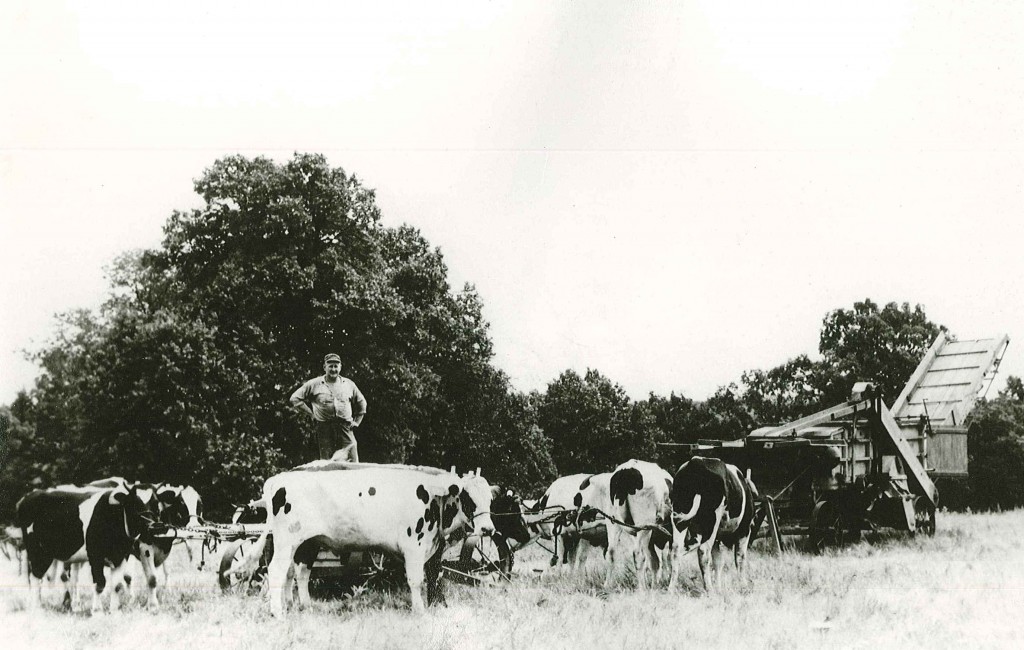 The main activities of the SCFBA were to promote harvesting methods which maximized the yield of crops throughout Stevens County, and to promote business between farmers with the intention of maximizing efficiency in the marketplace. To do this the SCFBA instituted the Stevens County Farm Bureau Exchange List, which members received for the first time on December 15, 1918. The list was published on the fifteenth of every month, every month, without fail. It soon came to be the de facto indicator of productivity and efficiency throughout the entire county. Indeed, results were quickly felt throughout Stevens County. Records showed in 1918 a 60% increase in farmable acreage from 1917. Through the SCFBA more than 135 men looking for work were placed on farms, and hundreds of citizens labored for a combined 1011 days for free. In 1919, 137% more formaldehyde was used resulting in 4% less smut, representing a saving of $3500. Such results were typical throughout various sectors of farming.4Summary of the Work of the Stevens County Farm Bureau for the Year 1919. Morris, MN, August 1919, Stevens County Historical Society. A detailed examination of some of the results can be found in the image below.  The result of SCFBA’s activities can still be felt today. Pushing for a modernized, competitive agricultural industry solidified agriculture as the dominant sector of industry throughout West-Central Minnesota. In fact, the SCFBA survives today as Minnesota Farm Bureau Insurance on Atlantic Avenue in Morris.

While organizations such as the SCFBA worked to promote methods and practices which maximized the potential yield for crops, organizations like the Committee of Food Conservation stressed the importance of letting nothing go to waste. Conservationist beginnings can be traced to the Lever Act of 1917:

In August 1917 Congress vote funded the U.S. Food Administration and passed the Food and Fuel Control Act. Also known as the Lever Act, this law provided guarantees to farmers and had provisions to prevent speculation and hoarding, fix trade margins, eliminate waste in manufacture and distribution, and but and sell essential foods such as wheat and sugar.5http://collections.mnhs.org/MNHistoryMagazine/articles/59/v59i07p272-286.pdf accessed March 30, 2015. Rae Katherine Eighmey

In response to the Lever Act Stevens County quickly organized. Committees like the Food Conservation responded directly to the crisis in the form of education. The Committee for Food Conservation called upon Emergency Agents as well as teachers in the state to carry out the education process.6Berry, Josephine T., Chairman of Food Conservation to County Chairmen of Food Conservation, St. Paul, MN, August 13, 1917. Stevens County Historical Society. The goal was relatively simple: to “reach every family, particularly those that do not yet understand the importance of (food conservation).”7Council of National Defense, Minnesota Commission of Public Safety, Women’s Auxiliary Committee to Ida Hancock, Minneapolis, MN, June 4, 1918. Stevens County Historical Society. Grain was, and for the most part still is, an essential staple of an Midwest-American diet. Yet for those living in Stevens County during The Great War, there was a strict weekly routine barring either meat, wheat, or pork. These days were known as meatless Mondays, and wheat-less Wednesdays. This was, no doubt, a drastic shift in the predominant diet of the community. With delicacies such as tater-tot hotdish today, it is hard to believe the community survived. However, shops, such as the Morris Bakery had to record its “pounds of what, graham and whole wheat, rye flour, corn, oats, sugar, shortening, and all other substitutes” at the beginning of the week, and record the difference at the end. The report was sent to the United States Food Administration, and was intended to keep local bakeries such as Morris in check—and to ensure their commitment to the war effort.8United States Food Administration. Week Ending Report for Morris Bakery, Morris, MN, November 16, 1918, Stevens County Historical Society.  You can find below a number of recipes distributed throughout Stevens County as alternatives to using either meat or wheat. 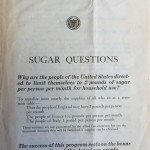 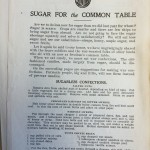 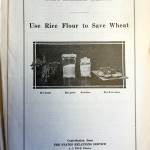 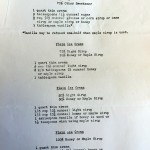 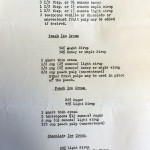 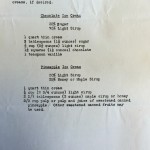 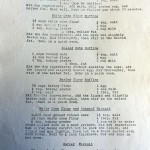 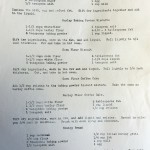 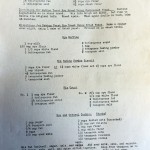 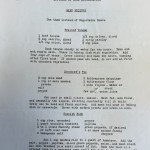 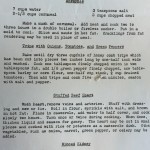 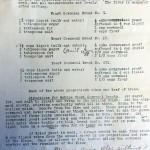 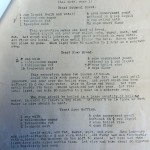 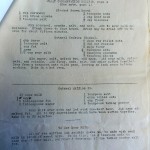 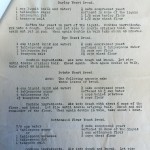 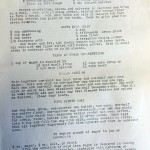 TO DEVELOP PATRIOTISM AND TRUE AMERICAN CITIZENSHIP–WOMEN IN INDUSTRY