The University of Minnesota Farm School has worked out a system of teaching agriculture to farm boys and girls by actual, practical experience which far surpasses anything of its kind in the United States.

The agricultural school at Morris opened its doors in the fall of 1910, after extensive pressure by local area residents was put on the State of Minnesota for an educational institution of the sort; the school opened with absolutely no funding from the state. The school’s purpose was to allow area students an alternative to the traditional high school setting, where they could receive a quality education in agricultural studies. Stevens County’s rich soil and thriving agricultural community was the perfect location for such an institution. The school offered a three year program with the motto, “six months in school, six months on the farm,” and the school year began in October and ended in March. 2Bulletin of the University of Minnesota Department of Agriculture, West Central School and Station, Morris, Minnesota, Circular of Information, 13, no. 3 (Minneapolis: University of Minnesota, 1922). This six months model was developed with the idea that students would spend half the year in school, learning skills and techniques, and the other half working in farm settings, applying their learned knowledge to real world scenarios. 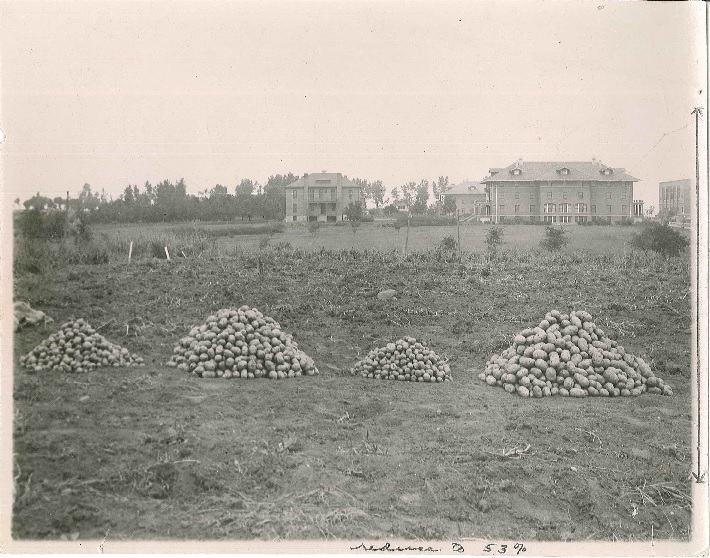 With the combined pressure of local residents and the push from a few local legislatures, the school opened its doors on October 3, 1910 with 103 registered students.3“A History of the West Central School of Agriculture, Institute of Agriculture, University of Minnesota,” West Central School of Agriculture, Moccasin 1962 Yearbook: Volume 50, Golden Final Edition (Morris, MN, Graduating Class of 1962), 46, Stevens County Historical Society, Morris, Minnesota. The school was small and had limited resources; the campus itself was not in the best of conditions–a few remaining buildings from the Indian Boarding School, all in a state of disrepair, were all the new institution had to use.  A local newspaper column reported in November of 1910 that “The janitors and plumbers are kept busy these days repairing broken pipes…The carpenters have been pushing things to get the buildings ready for cold weather.”4qtd. in Ibid. Despite these setbacks, the West Central School had a successful first year and improvements continued to be made. With the help of state funding, new buildings were designed and constructed on the campus throughout the 1910s and 1920s. By the late 1910s, the school was advertising its new and modern buildings and technologies that lent themselves to an excellent modern agricultural education.5F.A. Stever, Registrar to Prospective Female and Students, Registrar to Prospective Male Students, Morris, MN, July 30, 1918, University Archives, Rodney A. Briggs Library, University of Minnesota, Morris, Morris, Minnesota.

Throughout its earliest years, the West Central School of Agriculture quickly developed into a thriving campus community; as the war was going on in Europe, the West Central School was growing and expanding as an academic institution. A campus culture developed, the campus physically expanded as buildings went up, and a growing student population promised a healthy future for the school itself. By 1917, when the United States entered the war, the school had come a long way from its humble beginnings only eight years prior.